Greenhouse #2 is a funny little mess of contradictions. 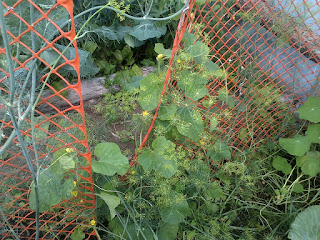 The melons are mostly climbing and flowering nicely.  There are a couple which are still tiny, and just starting to reach the bottom of the wire. 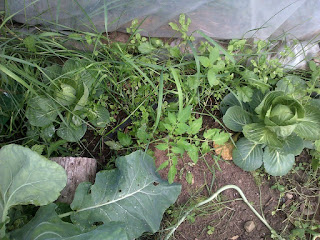 Small (with the 'invisible' tomato plant between) 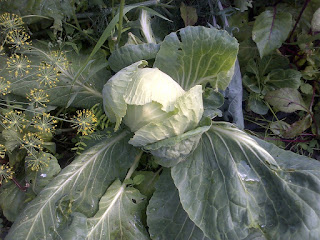 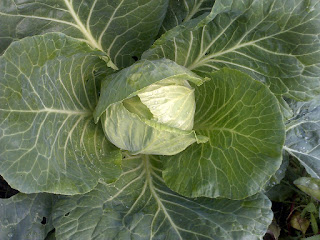 Large.  I could harvest this one now and it would be the largest cabbage I've ever grown. 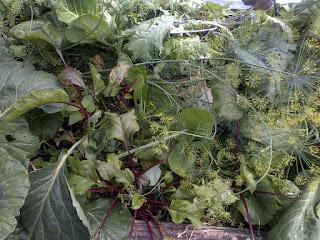 Other cabbages have yet to form heads in the jungle of beets, dill, and kale. 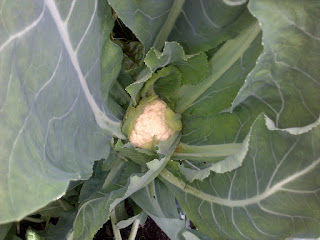 Two tiny heads of cauliflower are making an appearance, with no signs of the cabbage worms they attracted the last time I planted them.  Their leaves are so huge I had thought these were the collard greens and was about to start harvesting them when the first head appeared.  So where did I put the collard greens? 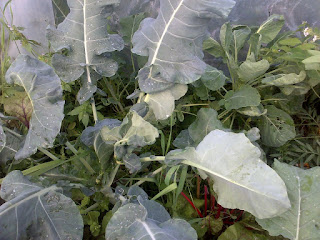 No signs of heads on either the broccoli or the Brussels sprouts.  I need to do more research on Brussels sprouts next winter.  I've only had one mildly successful year with them, which seems odd given that others proclaim them to be so easy to grow and high yielding.  Obviously there is something lacking in my soil that they need.

I have a few new shoots of spinach coming up, so some of them managed to set seed before I pulled them.  Next year I think I'll just leave one or two plants on each side to go to seed to avoid the overcrowding.

Radishes have all been pulled. 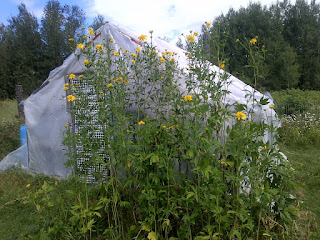 And outside Greenhouse #2, the yellow flowers (coreopsis tickseed) are taller than they've ever been.  The chickens weaved trails through them when they were smaller, kind of thinning them out.