Moved in for winter. 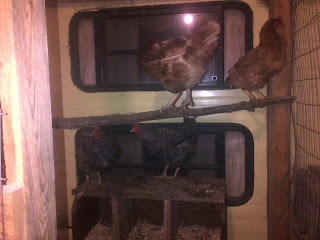 The reds and barred rocks- the only ones laying right now. 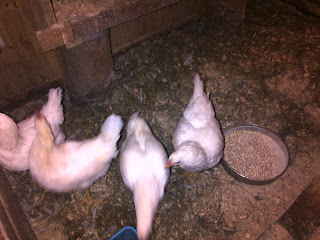 The whites- Chanteclers and crosses.

Each with a chantecler cross rooster.  I know, I know, inbreeding...  But they aren't big enough to butcher just yet. 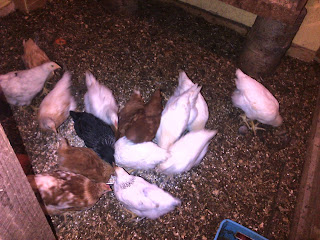 The third batch of chicks.  Sexable, but too small to do anything with yet.  I figure another month before I'll have to separate them, by which time, hopefully, the boys from the first batch will be ready to move into the freezer. 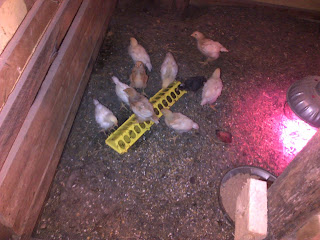 And the babies.  I think they'll have enough room to stay together until spring.

I still have four roosters outside.  One of the older roosters, and three from the first batch.  I'm hoping to put them in the freezer before it really snows, but I may have to move them to the old coop, depending on weather. 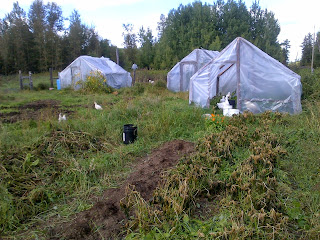 The geese are also waiting outside, though I do have a pen for them in the new coop.  They're just enjoying the last of the garden eats before they have to survive off grain and fodder for winter.

We've had a few snows now, but nothing sticking, and temperatures still fluctuating.  A lot of rain, too.  Roads are flooding all over the place.  I could have left the birds outside for a bit yet, but I didn't want to have to move them all by myself in the snow one morning.

Beef. It's What's for Dinner.

All winter long.  We decided to butcher Toothless.  He's been wrecking fences and escaping for the past few weeks.  He doesn't wander too far, just looking for longer grass.  But trying to put him away was getting more and more difficult.  He horned two of the boys.  That's it, buddy, you're done. 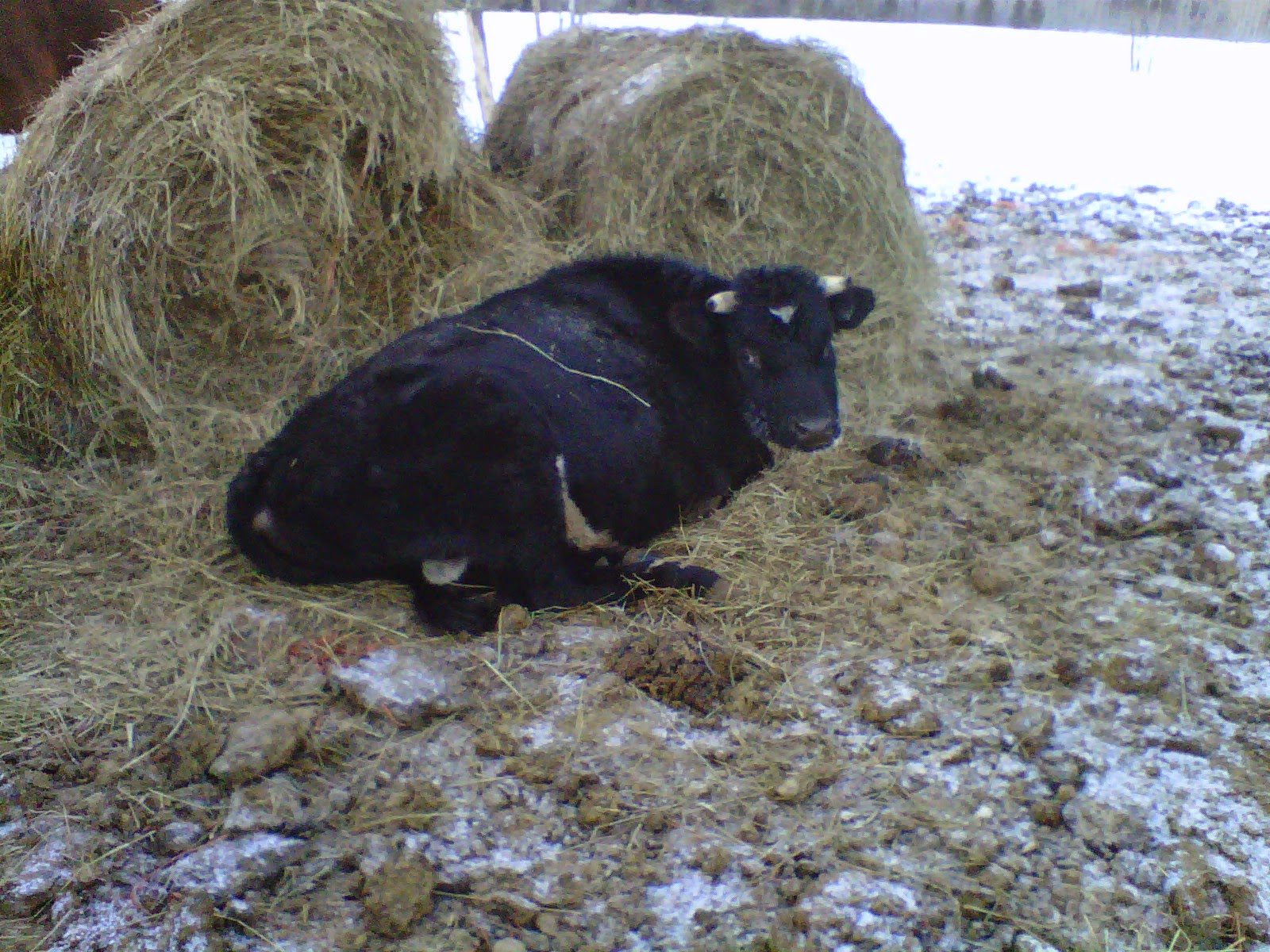 We quartered the legs and hung the upper body (minus the head) whole.  I don't usually cut into the heads, but this year I took the cheeks and what I could get from the upper neck before giving the rest to the dogs.  The cheeks were almost three pounds each.

I cut the belly and fat out while Husband and the boys were still hanging the legs.  Temps are still a bit warm, so we won't be hanging him as long as previous years.  The belly, with the fat removed, makes nice jerky.  The thicker parts were cut for stew, and the fattier bits for ground. 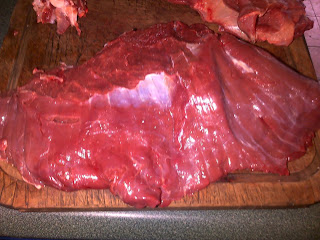 Cut into strips for jerky.  9 pounds. 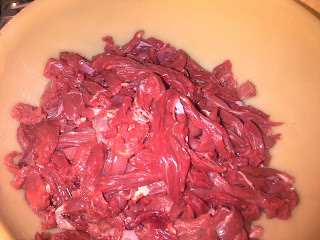 After soaking in the brine overnight, they're now drying in the oven.  It'll take a couple of days to get it all dried.  Recipe #1. 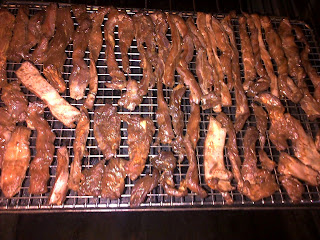 I went out to trim more fat today (day 3) and found one of the legs lying on the floor.  The cable had snapped.  I couldn't lift it by myself, so I cut off the majority of the rump roast.  I just managed to lift the rest of it up onto a stool.  Husband and the boys will have to hang it back up when they get home tonight.

In the meantime, I'm cutting roasts today.
Posted by Wendy at 1:24 PM 5 comments: Links to this post 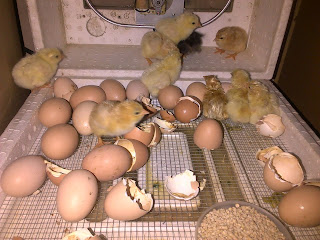 My last batch of chicks for 2014 has hatched- 11 more balls of fluff.  One more black (barred rock cross), and two more reds.  The chanteclers are great producers. 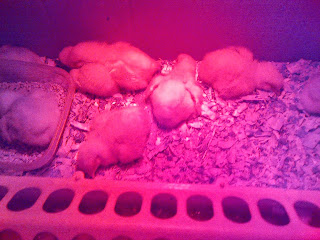 They look dead, but they're just napping, lol.

I think I have too many chickens for the winter coop.  The four main pens should hold 8 hens plus a rooster each.  The fifth pen is smaller.  I think I'll use it for the geese.

So, space for 36.  I have 15 chicks from the last batch, 11 from this batch,- all too little to do anything with, and too many roosters!  Ten original chickens (8 hens, 2 roos).  And 9 chicks from the first batch that aren't quite big enough to butcher.  45.

The older roos, the red hens, and the barred rocks will be first in the freezer.  I need to get a new rooster next year anyway, for fresh blood lines.  The smaller birds can double up a bit for now, and then I'll need to butcher the younger roosters through the winter as they get big enough.
Posted by Wendy at 9:15 AM 1 comment: Links to this post