I had a washer spin dryer way back when we first got married.  From my first real washing machine I have always missed the spin dryer.  They get so much more water out of the laundry than a regular washing machine.  They were off the market though - no one was making them, and parts for used ones were really hard to find.  And then I saw one when we were out pricing furniture.  I was shocked and excited by everything but the price.  Almost $500!!  I didn't buy it.  Came home and googled it instead.

Reviews weren't good.  But then I found other models, with better reviews and better prices.  I had my heart set on a Panda.  Tried to order it 3 times.  Amazon wouldn't ship it to me.  I found their facebook page and messaged them.  They didn't seem to understand that Amazon wouldn't ship it to me and I wanted to order it directly from them.  I had pretty much given up hope, and decided to just buy a used washing machine and leave it outside for the summer.

Then the post office got mad when my hockey bags came in. 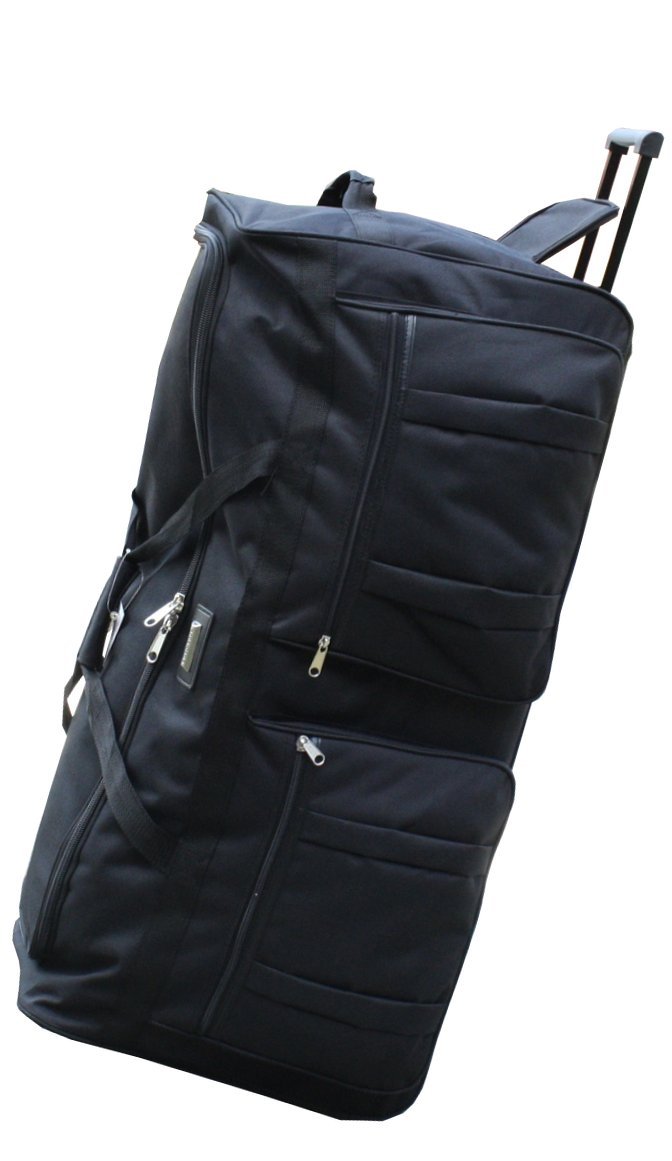 We use them for travel - Cadet trips, mostly.  They're 42 inches long, 18" wide, and about 4" high when empty and folded up.  I ordered 5 of them- all at the same time, all from the same seller.  The post office called and asked me to come get them now.  She had 5 huge boxes and they took up her whole room.  We went to get them, and I have no idea what they are.  The boxes were 6' high, and 4' wide.  They barely fit in the car with the seats folded down.

We get back home and open them up...  Are ya kidding me?  Each bag was in it's own box, when 2 would have fit in a box just over half the size.  Good thing it was free shipping.

So, that's when we decided to try Amazon Prime.  Husband ordered some tools, and I told him they aren't going to ship those, they're too heavy.  But they did.  Right to our trailer.  Well that's not fair.  So he told me to try the washer again.

I ended up ordering this 'no name' brand instead. 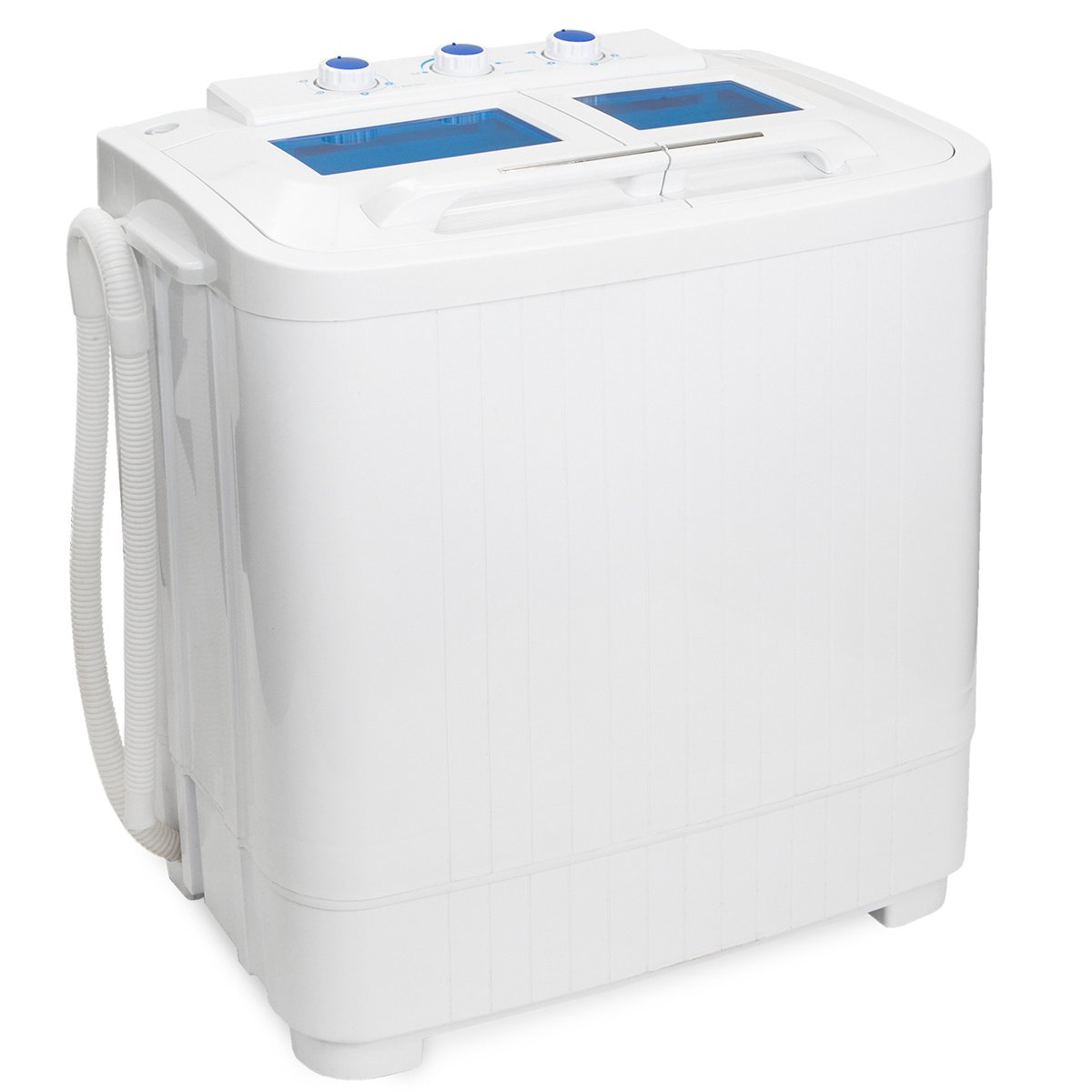 It was cheaper, and the reviews weren't bad, and I still didn't believe they were actually going to send it....  But they did.  And, hey, look at that, it's only 210 Watts!  It could run on solar power.  Set it up yesterday - not hard - take it out of the box and attach hoses.  I washed my sweaters.  Works pretty good.  The water was filthy afterward, but I need a scrub brush.  I always slop on myself, and there are a couple of spots that didn't come clean.  ( SEE kymber?  I don't know what I need until I need it, lol).  The cycles work the way they should, drain is good - but I'm draining onto the ground.  A couple of reviews mentioned problems with the drain, and I can see if you were trying to drain up into a sink or something it could be a problem.

Today I'm washing socks and underwear.  I don't have a clothesline yet - I have all the parts, but they knocked it down with the heavy equipment, so it needs to be put back together - but I can rig up a rope between the trailers for now.  I am just so happy not to have to sit in the laundromat for 2 hours at a time waiting for laundry.  Love it!

(And no I didn't get paid or asked for this review - but I would be open to writing more reviews if you wanted to send me free stuff, lol).
Posted by Wendy at 9:06 AM